Invention of the Year Nominee: Method for Extracting ENF Signals from Video

Invention of the Year Nominee: Method for Extracting ENF Signals from Video 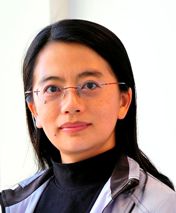 Researchers at the University of Maryland have identified a method to extract Electrical Network Frequency (ENF) signals from videos recordings of complex and realistic scenarios to verify the source of video streams, offering possibilities for a variety of security and forensic applications.

The invention can successfully extract ENF from videos that have moving objects and changing brightness settings and moving cameras, representing an advancement from the previous applications that were demonstrated only for static videos.

Professor of Electrical and Computer Engineering Min Wu along with her research assistants, Adi Hajj-Ahmad and Hui Su, developed technology that uses the effects of the rolling shutter mechanism, found on most digital cameras in use today, to capture the ENF signals.

The invention is one of nine nominees for the Invention of the Year Award to be presented during the upcoming UMD Celebration of Innovation and Partnerships, sponsored by the Office of Technology Commercialization, the Corporate Connect Council, and the Academy of Innovation and Entrepreneurship.

“ENF-based video synchronization does not rely on the perceptual audio and visual information of recordings, but rather on the embedded ENF traces,” Wu said. This makes the invention different from conventional methods that require constraints on viewing angles, camera calibration, and motion of the recording.

“The capabilities that our invention provides are unprecedented,” Wu said. “The technologies in particular are a leap forward from the prior art in order to enable ENF extraction from a wider range of video recordings.”

The research team has already demonstrated the novel ways in which ENF could be used for multimedia synchronization.

Wu said that the ENF could be used for forensic and security applications like verifying or estimating the time-of-recording of a media signal.

Interestingly, this research group, through their interactions with researchers from the iSchool, found that ENF was embedded in analog historical recordings, such as tapes from the Apollo moon landing missions and former U.S. President John F. Kennedy’s meeting recordings from the White House.

“Our ongoing work is exploring the potential of ENF for preservation and exploration of historical records under the umbrella of digital humanities, for example, assembling a historical database of time-stamped ENF variations, which can then be used to timestamp historical recordings of interest,” Wu said.

She said that ENF could also be used for other purposes that are not necessarily security-oriented, such as providing immersive experiences for users of smartphone-cameras. ENF could provide the capability to align videos from multiple viewpoints with no viewing constraints.

Future research plans include the exploration of new ENF extraction approaches to improvise on current methods.

“Another direction of future work is exploring improved video synchronization modalities, such as a combination of our-ENF based approach and the visual cue-based method to form a more effective and robust framework,” Wu said.