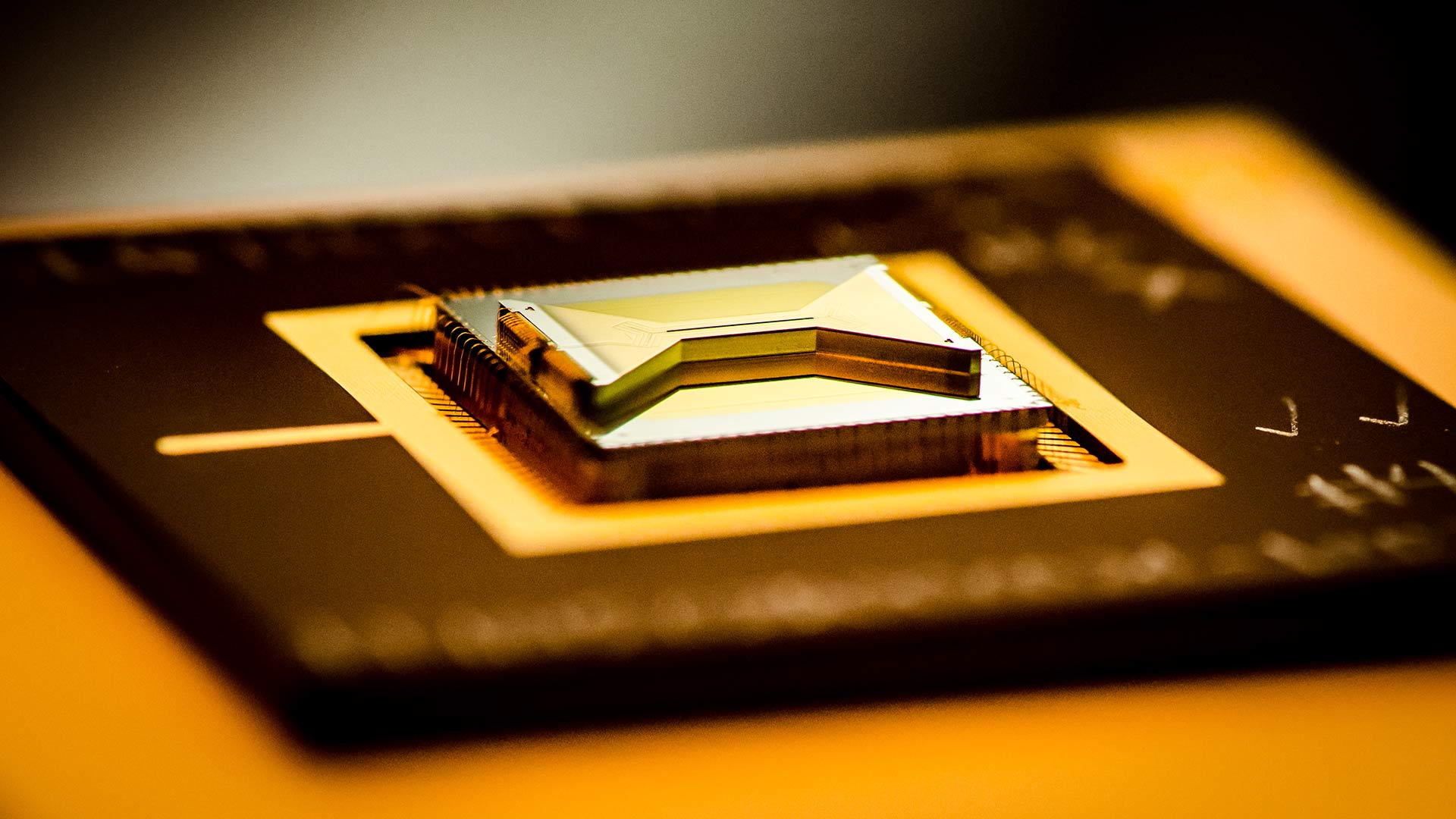 IonQ, a University of Maryland spinoff company vying to usher in the age of quantum computing, announced today it would enter a merger agreement with dMY Technology Group, Inc. III to become the first publicly traded company dedicated to quantum computer hardware and software.

Headquartered in UMD’s Discovery District, the company was founded in 2015 by UMD physics Professor Christopher Monroe and Jungsang Kim of Duke University, with systems based on foundational research at the two universities. Monroe, now a College Park Professor of physics and fellow at several quantum research institutes and centers at UMD, is a pioneer in “trapped ion” computing, which uses highly stable atoms as quantum bits, or “qubits” to store information.

“With more than 200 quantum researchers, the University of Maryland boasts one of the greatest concentrations of quantum talent in the world,” Pines said. “Building on today’s announcement of our very own IonQ’s incredible breakthrough and rapid growth, we are establishing ourselves as the Capital of Quantum.”

IonQ is proud of its UMD roots at the University of Maryland—“born from an idea in a research lab to the company we are today,” said President and CEO Peter Chapman. “There is no better place for IonQ to continue to grow and thrive than in College Park. Our connection with the University of Maryland gives us access to a pipeline of stellar workforce talent as we bring quantum computing to scale.”

Quantum computers leverage counterintuitive features of quantum physics to execute some kinds of tasks—like sorting every possible combination in a cryptographic key—exponentially faster than normal, or “classical,” computers. Computing experts say this new type of horsepower could unlock dramatic advances in security, artificial intelligence, chemistry, drug discovery and other fields.

"The promise of quantum is for smarter, faster computers, new sensors and forms of communication with enhanced security,” said Robert Briber, interim dean of the A. James Clark School of Engineering. “Quantum computers will lead to safer, longer-lasting batteries for cars and trucks, more effective pharmaceuticals and the ability to perform computing tasks orders of magnitude faster than before. We’re a hub for developing new forms of quantum technology and proud to support IonQ.”

In the race to bring such machines to market, IonQ faces computing behemoths like IBM, Google and Microsoft—but UMD itself is a quantum powerhouse. Propelled by a research partnership in quantum science with the National Institute of Standards and Technology and the Laboratory for Physical Sciences that began more than 10 years ago, the university is now recognized across the globe as a leader in the field.

In fall 2020, IonQ unveiled its next-generation quantum computer system and opened the Quantum Data Center in the Discovery District to expedite the development of even more powerful quantum computers for commercial use. The 23,000-square-foot center was made possible in part by a $5.5 million investment from the University of Maryland to speed quantum computing advancements and create economic and social benefits for Maryland and beyond. The new center houses the company’s state-of-the-art quantum computers and can accommodate the even more powerful computers IonQ is developing, along with a growing staff.

“The University of Maryland is a hub for the fundamental research in hardware, software and materials that is necessary to make robust, large-scale quantum computing possible,” said Amitabh Varshney, dean of UMD’s College of Computer, Mathematical, and Natural Sciences. “Our ecosystem here at Maryland strongly supports quantum innovation and workforce development. We are proud that research that began in our Department of Physics with a vision from Professor Chris Monroe led to IonQ’s announcement today, and we look forward to the company’s continued success."