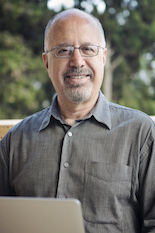 As ongoing conflicts in the Middle East cause refugees to flow out of multiple war-town countries in massive numbers, the question of whether to admit more refugees into the United States continues to be a source of debate for Washington policymakers and U.S. presidential candidates. A new survey conducted by Dr. Shibley Telhami, Anwar Sadat Chair for Peace and Development at the University of Maryland and Nonresident Senior Fellow at the Brookings Institution, sheds light on American attitudes towards refugees from the Middle East—from Syria, Iraq and Libya, in particular. The poll’s key findings were released Monday, June 13 during an event held at the Brookings Institution to launch a two-day forum on the refugee crisis.

The new poll finds that the majority of Americans (59 percent) believe the United States should accept refugees from Middle East conflicts, assuming they are screened for security risks. Support is stronger among Democrats (77 percent) and Millennials (68 percent). Opposition is strongest among supporters of Donald Trump (77 percent) and Republicans (63 percent).

Survey participants who indicated they were opposed to taking in refugees are closely divided between being concerned about terrorism (46 percent) and worrying about the economic burden (41 percent). Nine percent say they are concerned about having more Muslims in the U.S. To varying degrees, Americans are divided on the issue of moral obligation to help refugees from Middle Eastern conflicts, with somewhat more obligation toward Iraqi refugees (54 percent), followed by Syrian refugees (51 percent), then Libyan refugees (49 percent). Of younger Americans responding to the poll, 60 percent believe the United States has a moral obligation to help Syrian refugees.

“One of the biggest concerns of those opposing taking in refugees from the Middle East is terrorism. Yet the public has a hugely exaggerated perception of the degree to which refugees pose a risk. When asked how many refugees they believe have been arrested since 9/11 over terrorism charges, only 14 percent said less than five, and 28 percent said over 100. The actual total is 3,” said Professor Telhami.

When asked if they believe the U.S. should take in more war refugees, Americans were more likely to support initiatives that passed the responsibility to non-governmental organizations and to prefer those that dealt with refugees abroad, rather than at home. The most favorable response was sending humanitarian professionals to refugees abroad (79 percent), followed by American support to charities helping refugees abroad (60 percent).

The survey was conducted between May 20 and May 31, 2016 with a nationally represented sample, including an oversample of Millennials, from a probabilistic panel of participants recruited by Nielsen Scarborough of 1,580 adults. Responses were weighted by age, gender, income, education, race, geographic region and partisan identification.