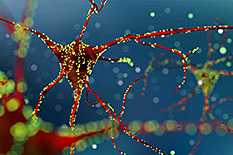 Neuralstem Inc., a 2001 graduate of the Mtech Technology Advancement Program (TAP) incubator, announced that it closed on a $20 million investment from leading institutional and accredited investors in a registered direct placement of 6,872,859 shares of common stock at a price of $2.91 per share.

Based in Rockville, Md., Neuralstem, now a publicly traded biotherapeutics company, features a patented technology that enables the production of neural stem cells of the brain and spinal cord in commercial quantities, and the ability to control the differentiation of these cells constitutively into mature, physiologically relevant human neurons and glial cells.

"We are very pleased to have raised the capital in this offering from leading institutional investors, including dedicated institutional healthcare investors. With the proceeds strengthening our cash balance, we have the resources to further advance our cell therapy and small molecule clinical trial programs," said Richard Garr, President and Chief Executive Officer of Neuralstem.

Neuralstem was in TAP from April 1997 to December 2001. The company's office space was accented with large, white canopies over its desks, creating a neural network-looking appearance when taken in aggregate.

For more information about Neuralstem, visit www.neuralstem.com or connect with the company on Twitter, Facebook or LinkedIn.