University of Maryland students and faculty met with Annapolis city and Anne Arundel county officials this week to present findings from 14 projects, the first results of a yearlong partnership between the City of Annapolis and Anne Arundel County, and UMD’s Partnership for Action Learning in Sustainability (PALS) program. The projects, which stem from social, economic and environmental sustainability priorities identified by city and county government officials, aim to offer regional stakeholders fresh ideas for old challenges. 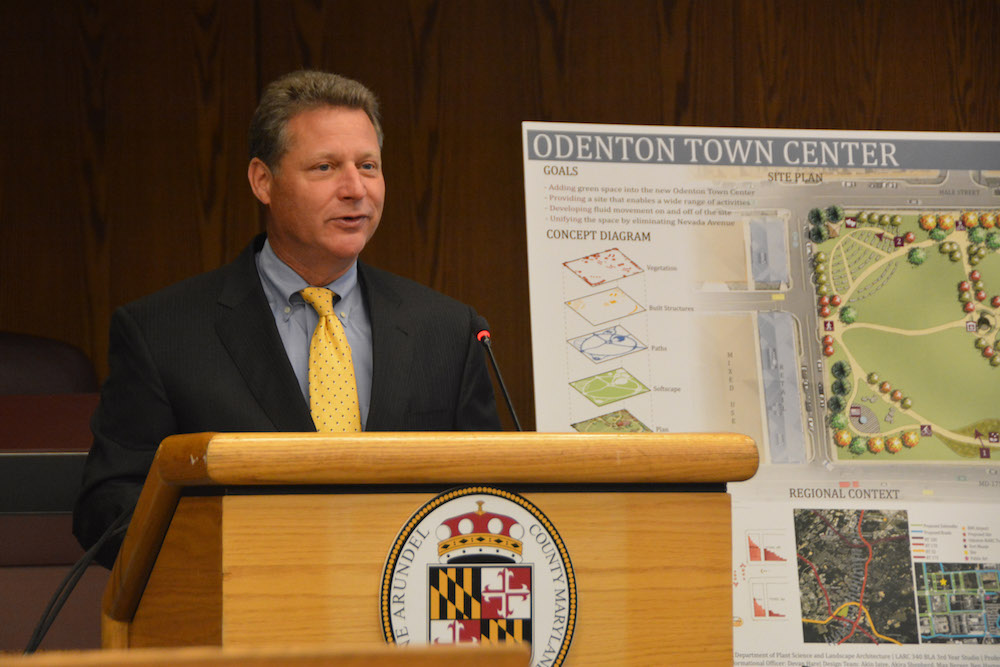 . “The work these students have done is top notch and they did it in a very short period of time. I think their fresh eyes on some very old problems really paid off.”

Graduate and undergraduate students from colleges and departments around the UMD campus, completed the 14 projects—ten for the county and four for the city—throughout the past summer and fall semester. In addition to reports and recommendations on a number of topics, the coursework generated a recommendation and demonstration of software to help the county track electricity usage in county facilities in real time, and mapped analysis of public safety hotspots to help improve EMS service.

A landscape architecture studio, led by Dr. Christopher Ellis, developed initial plans for a trail extension between BWI Airport and Ellicott City, closing the gaps between several existing Maryland trails and essentially creating an uninterrupted pathway from Ellicott City to Annapolis’ Sandy Point Beach. The proposed 6.5 miles of trail would connect Baltimore, Howard and Anne Arundel Counties, as well as connect users to the East Coast Greenway, a path that runs from Florida to Maine.

“The final products were very impressive and well thought out,” said Dawn Thomas, Director of Anne Arundel County Parks and Recreation. “It’s something we would have seen from a consultant.” 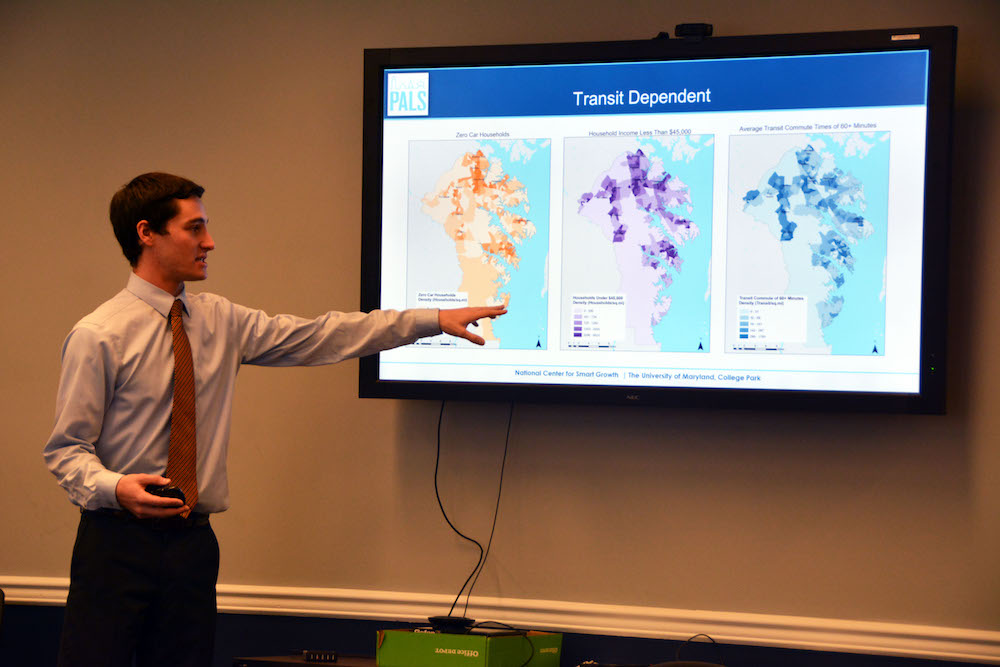 “What is really exciting for me is the regional projects that have emerged, not only between the county and city, but across several counties,” said Uri Avin, director of the PALS program. “That’s one of the things that PALS can do. It can break down silos within agencies and it can do the same between programs and students within the university.”

An urban studies course, taught by Dr. Scott Dempwolf, examined ways to strengthen the maritime industry in Annapolis, an integral piece of the city’s economy and culture. Ideas include zoning changes, educational opportunities for maritime trades, such as sail making and a maker space that could potentially cultivate new start-ups.

“I am thrilled with the results of the project; the class went above and beyond my expectations,” said Hollis Minor, Economic Development Manager for Annapolis’ Department of Planning and Zoning. “The team collaborated continually with the maritime community throughout the project and produced very targeted recommendations with specific actions, rather than a broad report that would sit on a shelf and gather dust.”

The Philip Merrill College of Journalism’s documentary course, Viewfinders, tackled the opioid epidemic in Anne Arundel County, an idea that emerged during a meeting with county officials in June; at that time, the county was facing one overdose a day and one death a week from heroin use.

“I have never been as proud of the work produced at the Philip Merrill College of Journalism as I have been of the work my students accomplished in Anne Arundel County this semester,” said Bethany Swain, who ran her sixth PALS class this semester. “We are telling stories that otherwise might not get told. Local media doesn’t do this stuff anymore, particularly not this in-depth.”

Developed by the UMD’s National Center for Smart Growth, PALS pairs faculty expertise and student ingenuity with sustainability challenges facing Maryland communities. The PALS mission is to provide high quality, low-cost assistance to local governments while creating an active and valuable real-world learning experience for UMD students. PALS initiated its first partnership with The City of Frederick, Maryland, in September 2014, adding a second, smaller collaboration with College Park in January 2015. In the fall of 2015, PALS launched partnerships with Howard County, Md., and the Columbia Association (CA). In addition, a smaller collaboration last fall with the Southwest Partnership in Baltimore helped create feasible development projects on several Southwest Baltimore sites and built a GIS database that shows key statistics, such as job opportunities, vacant housing and vehicle ownership. This fall, PALS also provided similar support to the Mount Royal Community Development Corporation in the City of Baltimore.

The partnership with Anne Arundel County and the City of Annapolis marks the first time PALS has partnered with both a city and county concurrently, a nod to County Executive Shuh and Annapolis Mayor Mike Pantelides’ continued efforts to collaborate for stronger, more sustainable communities. The combined jurisdiction—over half a million people—is nearly double the size of last year’s efforts in Howard County.

“This is our biggest partnership and, in a sense, it has been the biggest challenge,” said Avin. “It’s a large county with a lot of departments; it’s only feasible because of the support we’ve received from city and county staff. This has been a fabulous experience.”

Avin estimates that this year’s investment is yielding $22 for every dollar spent by the city and county.

The plan for 2017 will bring an additional 19 projects to the county and city, including projects to help the county expand transit options to BWI, improve boat access to the bay and county waterways, create a master plan for the Arlington Echo Outdoor Education Center and develop a public health and recreation plan for Annapolis.

“It was a really good experience and, honestly, the first time we’ve worked in a professional setting,” said Gerrit Foss, a landscape architecture student, whose team developed a Town Center Park Design for Odenton. “Working with a client, getting that feedback, results in a project that’s constantly changing. That can be challenging, but it’s the norm for a real project. We all found it very rewarding.”