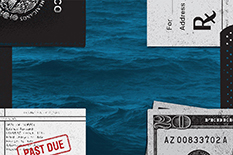 Undocumented and uninsured, “Verónica” had no choice but to go to the hospital last year when one side of her body went numb and she thought she was having a stroke.

Married to another undocumented Mexican immigrant who works in a plant nursery on Maryland’s Eastern Shore, Verónica is a caterer who struggles to navigate a labyrinthine health system. She developed thyroid issues after coming to the U.S. 15 years ago, and while her children are citizens who qualify for some medical assistance, the co-pays stack up and the youngest child, who has thyroid problems as well, occasionally has to see a specialist in Baltimore, more than 100 miles away.

It turned out that Verónica was actually having an anxiety attack, a diagnosis that came with a $4,452 bill from the emergency room and the daunting prospect of having to find not only a doctor she trusts to treat her mental health, but an interpreter too.

For the past five years, Thurka Sangaramoorthy, an associate professor of anthropology at UMD, has been documenting the lives of people like Verónica on Maryland’s Eastern Shore and how they wrestle with an expensive yet patchwork health care system to get treatment in a rural area reliant on immigrant labor, both legal and not.

In general, she says, rural areas like the Eastern Shore suffer from higher levels of poverty and mortality than urban places, with fewer hospitals, physicians and insurance networks plus lower reimbursements for Medicare. Those issues are intensified for immigrants, who are a critical labor source for the Eastern Shore’s agricultural, poultry and seafood industries but lack everything from English language skills to reliable public transportation.

They cope, Sangaramoorthy outlined in a September article in American Anthropologist, by employing “Band-aid care” tactics, from bartering and rationing to relying on the goodwill of providers. Through interviews with health care workers and immigrants, she collected narratives: a maid cleaning houses for insulin, a nurse getting paid in tamales and doctors skipping paperwork to keep visits off the books.

“(Immigrants in the United States) suffer from some of the same conditions that we study abroad,” she says. “It’s about how people get by in severely constrained environments.”

“Lupe,” a Mexican immigrant who lives and works on a farm with her family, says it’s common for workers to collapse from exhaustion while picking crops in the heat of summer. With so much fatigue and little time to cook, the workers often subsist on Red Bull and ramen, ignoring ingrown toenails or fungal infections from wet fields until they become emergencies.

“I see too many people who are not legal here and don’t have the opportunity to go to the doctor,” Lupe says. “They don’t have money.”

Immigrants also are not a monolithic community, Sangaramoorthy says. For example, just increasing the number of Spanish-speaking interpreters at hospitals won’t help the area’s Haitian community.

“I still don’t think we truly understand the complexities of what it is like to live in a rural environment,” she says.