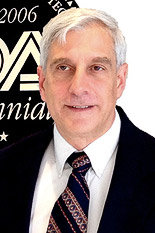 The University of Maryland (UMD) has announced the appointment of Dr. Lex Schultheis as Director of UMD’s new Regulatory Science and Innovation Initiative. In this new role, which begins on November 4, Schultheis will grow the regulatory science initiative at the university in partnership with the U.S. Food and Drug Administration (FDA).

About the Regulatory Science and Innovation Initiative at UMD

Many of UMD’s programs – including those in engineering; agriculture and natural resources; computer science, mathematics and natural sciences; public health; and public policy – have great relevance to the current challenges that the FDA faces in transforming itself into a “science based, science led” regulatory agency.

UMD is a partner in the Joint Institute for Food Safety and Nutrition (JIFSAN), a public and private partnership housed near the College Park metro that provides the scientific basis for ensuring a safe food supply and infrastructure for national food safety programs and international food standards. UMD has also been awarded a Center for Excellence in Regulatory Science and Innovation (CERSI) by the FDA in partnership with the University of Maryland, Baltimore (UMB) in an effort to develop new tools, standards and approaches to assess the safety, efficacy, quality and performance of FDA-regulated drugs and medical devices. The CERSI Co-Director is Professor William Bentley, Chair of the Fischell Bioengineering Department. In addition to these initiatives, individual scientists and engineers at FDA and UMD have a long history of working together collaboratively, taking advantage of each other’s expertise and resources.

The mission of the Regulatory Science and Innovation Initiative is to link these activities and foster new linkages for each within the FDA. Also, the Initiative will foster further development of research and education programs in partnership with the FDA. As Director, Schultheis will plan and grow all facets of the Initiative’s operations, including the development of new applications, products, academic programs, and collaborations between faculty, researchers, students, corporate partners and government agencies.

About the New Director

Born and raised in Maryland, Dr. Lex Schultheis has made the state his home for most of his life. His undergraduate and Ph.D. training in Bioengineering at Johns Hopkins University focused on studies of adaptive control systems and signal processing in the brain. While in graduate school, he attended clinical rounds and observed patients whose illnesses could only be explained by mathematical models. In medical school at the University of Pennsylvania, his interests in modeling physiology expanded to studies of artificial environments, such as patients under anesthesia and humans in space flight.

Dr. Schultheis completed a residency in anesthesiology with a clinical fellowship caring for cardiac surgical patients at Johns Hopkins. He has over twenty years of experience as an active physician, including direction of a subspecialty division of cardiac anesthesiologists and Chairman of a Department of Anesthesiology at the Washington Hospital Center.  Dr. Schultheis has also been a principal investigator for NASA.

Most recently, Dr. Schultheis has been an expert medical officer in the Center for Drug Evaluation and Research, and Branch Chief in the FDA Center for Devices and Radiation Health where he reviews anesthesia and respiratory medical technology. His team was awarded four Critical Path grants from FDA. Nominated by his team, Dr. Schultheis received the 2013 John Villforth Leadership Award in engineering by the Commissioned Corps of the US Public Health Service.