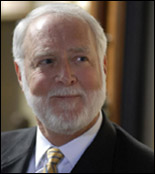 Clough’s talk, titled “Why the Smithsonian Matters,” will take place in the Zupnik Lecture Hall, Rm. 1110 in the Jeong H. Kim Engineering Building. The reception will begin at 4:30 pm and the program will start at 5:00 pm.

This lecture is open to University of Maryland students, faculty, and staff. Guests can register for this free event here: http://ter.ps/wclough

More About the Speaker

Wayne Clough is the 12th Secretary of the Smithsonian Institution. He has launched a new era at the Institution, expanding the Smithsonian's global relevance and helping the nation shape its future through research, education and scientific discovery on major topics of the day.