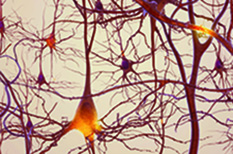 A University of Maryland-led research team has been awarded a three-year $1.7 million grant from the National Institutes of Health (NIH) to develop new imaging technologies and data analysis techniques that will further our understanding of how large networks of neurons in the brain interact to process sensory information. This knowledge will help researchers identify the precise interactions between millions of nerve cells that drive behavior, like decision-making and speaking, and alterations in these interactions that may be responsible for disorders such as schizophrenia, autism and epilepsy.

This grant is one of the first awarded by the Brain Research through Advancing Innovative Neurotechnologies (BRAIN) initiative, which is part of President Obama’s focus aimed at revolutionizing our understanding of the human brain. The BRAIN Initiative is jointly led by the NIH, Defense Advanced Research Projects Agency of the U.S. Department of Defense, National Science Foundation, and Food and Drug Administration.

The UMD-led team will focus their efforts on the auditory cortex, a region in the brain’s cerebral cortex that is crucial for human language communication. In humans, the cerebral cortex contains tens of billion of neurons, each connected to several thousand other neurons. These networks of neurons respond to stimuli—such as touch, sound and light—and integrate this sensory information with ongoing internal activity.

The researchers will combine advanced imaging techniques, insights from dynamical systems, and topology-derived metrics to simultaneously measure and analyze the activity of large populations of neurons in multiple layers of the cerebral cortex in order to identify key groups of neurons —called “crowds”— that change over time. They will use that information to identify principles of optimal information processing and show how neurons integrate internal brain activity, such as neuronal avalanches, with sensory information.

“We think that by investigating the influence of single neurons relative to the synergistic influence of key groups of neurons, we may be able to ultimately control and modify behavioral outcomes, which holds promise for correcting disease states like schizophrenia,” said UMD Associate Professor of Biology Patrick Kanold.

The research team includes Kanold; Wolfgang Losert, physics professor and associate dean for research of the College of Computer, Mathematical, and Natural Sciences at UMD; and Dietmar Plenz, chief of the Section on Critical Brain Dynamics at the National Institute of Mental Health (NIMH). Losert, who also holds appointments in the university's Institute for Physical Science and Technology and Institute for Research in Electronics and Applied Physics, will develop approaches for distinguishing crowd patterns to determine how crowds change from activity to activity. This work will build on techniques Losert developed in collaboration with the National Cancer Institute to measure protein patterns.

“The human brain is the most complicated biological structure in the known universe. We’ve only just scratched the surface in understanding how it works—or, unfortunately, doesn’t quite work when disorders and disease occur,” said NIH Director Francis S. Collins. “There’s a big gap between what we want to do in brain research and the technologies available to make exploration possible. These initial awards are part of a 12-year scientific plan focused on developing the tools and technologies needed to make the next leap in understanding the brain. This is just the beginning of an ambitious journey and we’re excited about the possibilities.”