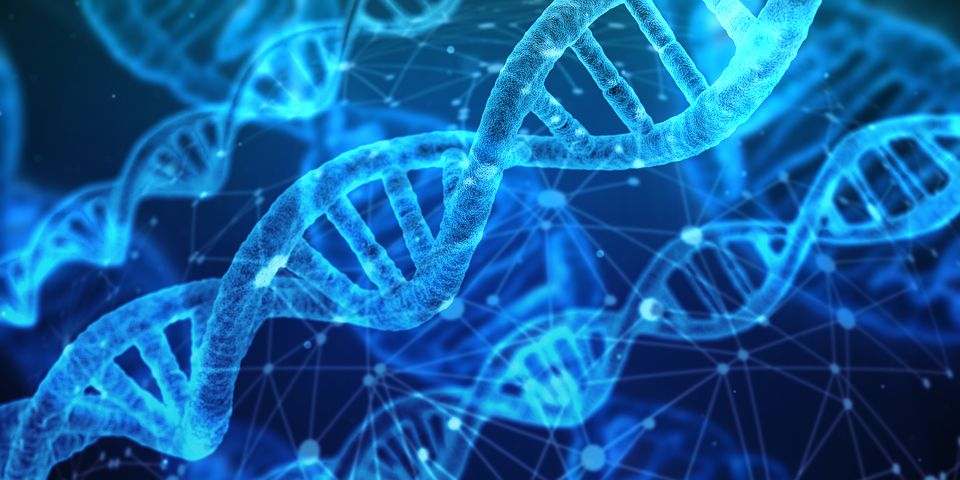 With the pioneers of CRISPR gene editing technology just winning the Nobel prize in chemistry, Yiping Qi, associate professor at the University of Maryland (UMD), has received three new grants as a preeminent leader in enhancing CRISPR technologies in plants and crops. CRISPR is often thought of as “molecular scissors” used to cut DNA so that a certain trait can be removed, replaced, or edited for precision breeding purposes. However, with his latest funding from the National Science Foundation (NSF), the United States Department of Agriculture National Institute of Food and Agriculture (USDA-NIFA), and the Foundation for Food and Agriculture Research (FFAR), Qi and his team will be developing tools to allow for simultaneous gene editing and activation in different types of rice, while also assessing off-targeting effects to determine how precise and efficient some of the latest CRISPR tools are in crops. Additionally, Qi will be training the next generation of plant biologists through programs with high schools near College Park to encourage future leaders in CRISPR, while welcoming a new FFAR Fellow into his lab.

In his new $920K grant from NSF, in addition to expanding his high school training efforts to Montgomery Blair High School for a summer program and Eleanor Roosevelt High School all year long, Qi is focusing on making CRISPR gene editing much more efficient, allowing for simultaneous gene editing and activation. “With this approach,” explains Qi, “We can mutate or edit some genes while also activating another set of genes that are interesting or agriculturally useful all at once, which wasn’t something that was previously offered.”

But in addition to developing the tools necessary to edit genes and activate or turn up the production of other genes at the same time, Qi will be showing how this technology is practically useful and creating strains of rice with improved yield and nutritional value for the consumer. 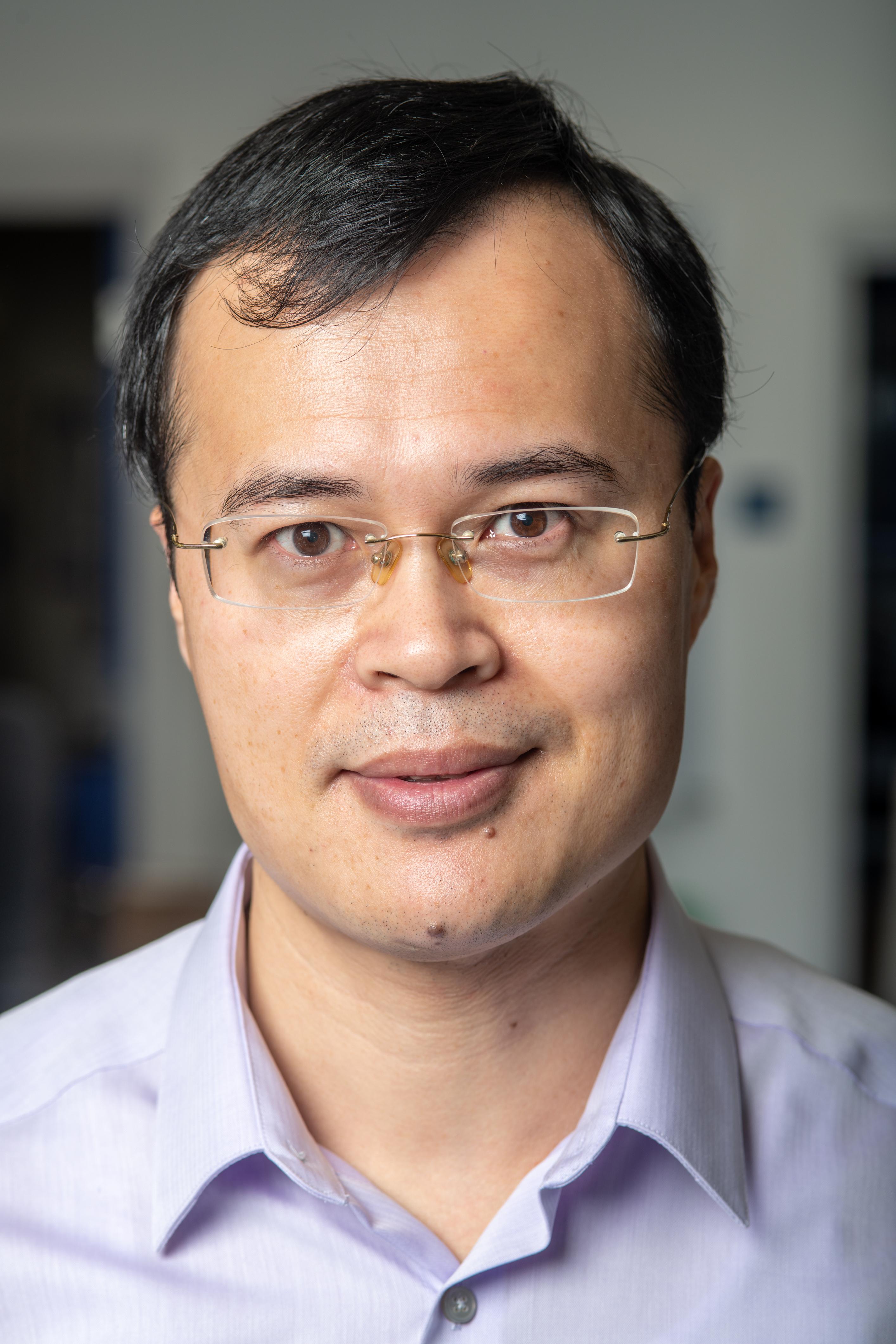 “We are working on creating golden rice and red rice using CRISPR technologies, both of which help address public health issues by improving food security and nutrition,” says Qi. “For golden rice, we are editing genes for bigger and heavier grain while simultaneously activating the beta-carotene pathway, an important nutrient for eyesight and healthy immune functioning that can address bigger health and social issues in developing countries. For red rice, we are editing genes for herbicide resistance and activating pathways to produce anthocyanin, which is an antioxidant for heart health and anti-cancer.”

Qi stresses the major impact that biofortification of food can have on global health crises, helping to feed the developing world and create crops of higher quality for the end consumer. However, the mass acceptance of these types of products requires continuing education on CRISPR as new breeding technology and its benefits.

“People don’t realize that they are eating CRISPR-Cas all the time,” says Qi, referring to the fact that CRISPR was discovered as naturally occurring in beneficial microbes of yogurt to fight phage infections that would otherwise destroy the yogurt industry. It is from there that it was harnessed for its abilities to cut DNA and repurposed as the gene editing tool we know it to be today. “When people realize it is something naturally occurring that they are eating all the time already, they are more open to it in other products like rice,” says Qi.

To help continue to establish the safety and efficacy of CRISPR technologies and inform regulatory agencies that can get products like these to the market to ultimately benefit the end consumer, Qi is using his new $500K grant from USDA-NIFA to study the precision of three new emerging CRISPR technologies. Using whole genome sequencing to examine the entire genome after editing, Qi and his team will examine off-targeting effects of the technologies.

“As new CRISPR technologies are created and more edits and changes are happening all at once, the precision of the tools becomes even more important,” explains Qi. “Imagine that the machinery used to repair the cuts CRISPR makes is a human on the job. The more cuts the machinery has to repair at once, the more tired it can get and the more likely it might be to make a small mistake. That is why this work is so important to regulatory agencies, consumers, and researchers - without proving the precision of these tools, they will not be adopted.”

Using rice as a major global crop, Qi will be looking at the whole genome to see if any small changes are made elsewhere by new emerging CRISPR technologies, known as off-targeting effects. Qi will specifically be examining three systems: CRISPR-Cas12b, a system that his lab introduced in crops; CRISPR-Cas12a, a multiplex gene editing system which allows for editing many different genes at once; and prime editing, a new evolving system based off CRISPR-Cas9 that introduces pre-defined edits directly into the genome.

Qi’s new FFAR Fellow, Simon Sretenovic, will be working on developing more precise gene editing tools with Qi as a part of his new graduate fellowship grant for $165K, including prime editing and base editing that can both make single letter changes in DNA for highly precise edits. This prestigious fellowship is just another way that Qi is training the next generation of scientific leaders in CRISPR tools in plants, specifically with the goal of enhancing crop yield and improving food security.

“I have always been active in outreach for CRISPR to promote a better public understanding of what gene editing has to offer for improving quality, quantity, and even the nutrition of the food we eat, which is really important not just in developing countries, but all over the world,” says Qi. “To me, providing training opportunities to high school students and taking in fellows is all part of that outreach work. It’s really encouraging to see so many of my students move on to go to college and pursue a biology-related degree or succeed in their field.”

Qi adds, “Conventionally, breeding has always been about identifying mutations that are desirable and then introducing them into crops. That has been going on since agriculture began. With CRISPR, we can do the same thing that would have taken decades in one generation of crop breeding, and with these new emerging CRISPR technologies, we can do even more even faster. To be at the front of that paradigm shift in crop breeding is very exciting.”