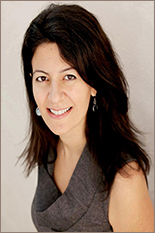 Mothers in the United States who have unintended pregnancies return to work sooner after childbirth than mothers whose pregnancy was intended, according to a study led by Dr. Rada K. Dagher, assistant professor of health services administration at the University of Maryland School of Public Health. This is the first study to examine pregnancy intention and return to work after childbirth. “We know that it’s better for women to take time off after childbirth to take care of their physical and mental health,” says Dr. Dagher, whose previous research showed that taking six months of maternity leave is optimal for reducing a woman’s risk of postpartum depression. “Returning to work soon after childbirth may not be good for these women or for their children.” The study is published in Women’s Health Issues, a leading journal in women’s healthcare and policy. To reduce unintended pregnancies, Dagher supports policies to ensure that a woman has access to appropriate methods for delaying pregnancy until she is ready to have a baby. “The Affordable Care Act requirement for health plans to cover contraceptives at no cost to the consumer is an important part of the strategy to reduce unintended pregnancies,” Dr. Dagher said. She also recommends that health care providers counsel all women and men who are at risk for unintended pregnancy about the most effective contraceptive methods. The study findings also point to the need for policies that enable women to take longer maternity leaves. “Compared to mothers with an intended pregnancy, mothers with an unintended pregnancy are not as emotionally and financially prepared and are less likely to receive paid maternity leave, suggesting that economic reasons may have forced them to return to paid work sooner,” Dagher explains. Only 41 percent of women in the study had access to paid maternity leave, and the average duration of leave taken was 7.64 weeks. There is no national paid-leave policy in the United States, and while the Family and Medical Leave Act provides up to 12 weeks of unpaid leave to eligible employees, many women are not covered. Women in the U.S. return to paid work quickly after birth, with 69 percent of those surveyed returning within six months. The study, which uses national data from the Listening to Mothers II survey of women across the United States, also found that 62 percent of all women surveyed reported some symptoms of depression after childbirth. An examination of the relationship between maternal depression and the length of maternity leave revealed that depression did not have an effect on return to work for mothers with unintended pregnancies. However, among women with an intended pregnancy, depressed mothers return to paid work more quickly than nondepressed mothers. The authors suggest that depressed mothers may find that staying home with a newborn decreases their sense of control and paid work becomes more attractive, or that women who are forced to return to work quickly may feel depressed about having to do so because of their economic circumstances. Leave from work after childbirth provides mothers time for emotional recovery and for bonding with the baby, and returning to paid work sooner than desired may worsen depressive symptoms. Based on this and the findings of this study, the authors suggest that health care providers may want to advise women on the optimum amount of leave to take after childbirth given their mental health state. They also encourage primary care providers and policymakers to support and implement policies that increase access to and utilization of effective contraceptive methods.