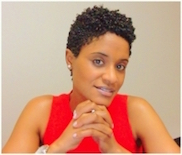 A University of Maryland study found that parental perceptions of the home neighborhood environment were linked to how physically active their children were on a daily basis.

The Built Environment and Active Play (BEAP) Study was published in Preventive Medicine Reports and led by Dr. Jennifer Roberts, assistant professor in the Department of Kinesiology. Dr. Roberts and her team surveyed the parents of 144 children, ages seven to 12 years old in the Washington, D.C. metropolitan area, to gauge perception of their home neighborhood built environment, including local aesthetics, active play areas, walkability and safety. Parents also provided information about their children’s active play levels, in order to determine whether or not they met the 60-minute/day Physical Activity Guidelines for Americans’ (PAGA) recommendation, as well as demographic information.

Parents who identified their neighborhood as having features that promoted physical activity, such as sidewalks or lighting to walk at night, were more likely to have children that met the PAGA guideline. Parents who estimated shorter walking distances between their homes and nearby destinations, such as an outdoor swimming pool or a trail, were also more likely to have active children.

Other factors of the built environment were determined to predict the level of active play; for example, parents who disagreed with the statement, “There is a lot of litter on the streets,” were more likely to have children who met the active play guideline. Interestingly, the BEAP Study found that active children’s parents were more likely to report a high crime rate and being victim of a crime; the researchers posited that this may be due to such parents being outdoors more often. Another explanation may be that parents use precautionary measures so that a high crime rate in the neighborhood does not deter physical activity.

“By examining a diverse population of children (23.7 percent African American and 10.4 percent Asian American), this study brings to light the perceptions of parents from an otherwise underrepresented group of research participants in built environment and active play research,” Dr. Roberts added.

The research team recommends future studies that collect both subjective and objective built environment and physical activity data to further understand the relationship between the local environment and children’s active play.