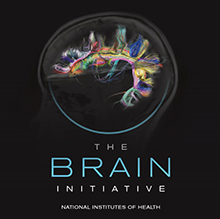 A University of Maryland-led team of brain researchers and a UMD engineer have received grants that are part of a research initiative by President Obama focused on revolutionizing understanding of the human brain.

A University of Maryland/National Institute of Mental Health research team has been awarded a three-year $1.7 million grant from the National Institutes of Health (NIH) to develop new imaging technologies and data analysis techniques that will further our understanding of how large networks of neurons in the brain interact to process sensory information. This knowledge will help researchers identify the precise interactions between millions of nerve cells that drive behavior, like decision-making and speaking, and alterations in these interactions that may be responsible for disorders such as schizophrenia, autism and epilepsy. The research team includes UMD Associate Professor of Biology Patrick Kanold; Wolfgang Losert, physics professor and associate dean for research of the College of Computer, Mathematical, and Natural Sciences at UMD; and Dietmar Plenz, chief of the Section on Critical Brain Dynamics at the National Institute of Mental Health (NIMH).

This NIH grant is the second UMD grant awarded by the Brain Research through Advancing Innovative Neurotechnologies (BRAIN) initiative. The BRAIN Initiative is jointly led by the NIH, Defense Advanced Research Projects Agency of the U.S. Department of Defense, National Science Foundation, and Food and Drug Administration.

In August, the National Science Foundation (NSF) announced that UMD Associate Professor Edo Waks (electrical and computer engineering, and Institute for Research in Electronics and Applied Physics), along with Professor Benjamin Shapiro (Bioengineering, and Institute for Systems Research), was one of 36 scientists and engineers awarded Early Concept Grants for Exploratory Research (EAGER), which are part of NSF’s support for The BRAIN initiative. According to NSF, EAGER grants enable the development of new technologies that can advance our understanding of how complex behaviors emerge from the activity of brain circuits. Waks will receive $300,000 over two years for “wireless measurement of neuronal currents,” research.